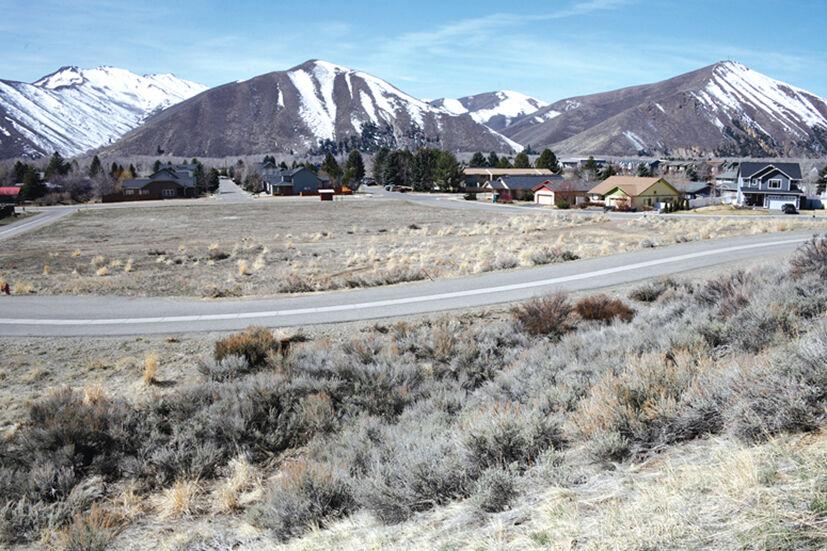 Quartz Properties aims to hit the “missing middle” with its development on Winterhaven Drive in Woodside, according to company representative Jake Libaire, selling homes for between $350,000 and $700,000.

The Hailey Planning and Zoning Commission approved a preliminary plat application on Monday evening for a seven-lot residential development along Winterhaven Drive in the city’s Woodside subdivision.

Following passage at the P&Z level, the application by Massachusetts-based developer Quartz Properties will next be considered by the City Council. A date for that has not yet been set.

Quartz Properties plans to build seven single-family homes on what is now a two-acre field of open grass between Winterhaven Drive and Serenity Place. Lots would range from about 6,000 to 18,000 square feet, according to project representative Samantha Stahlnecker of Galena Engineering.

Quartz Properties uses “factory-built structural systems” that are then customized on-site, according to its website. Company representative Jake Libaire told P&Z commissioners Monday that he couldn’t pin down home pricing yet but emphasized that Quartz Properties “is not a luxury home-building company.”

Stahlnecker said that while the property’s Limited Business zoning designation allows for about 20 units per acre, or a maximum of 38 units, the applicant team is proposing a subdivision “way below the allowed zoning.”

P&Z Commissioner Dustin Stone, the only dissenting vote Monday, asked Libaire why he hadn’t considered higher-density units and asked if they could add a four-plex on one lot.

“This development will not be what you’d see up in Ketchum or Sun Valley.”  Jake Libaire, Quartz Properties

“What I’m concerned with is not necessarily just the amount of raw homes available, but the intermixing of [dwelling type], which I think is important to a community,” he said.

Libaire said that the homes could be built concurrently with accessory-dwelling units, or ADUs. With one ADU per home, the neighborhood’s unit count would increase to 14, he said, “providing a more affordable option” for renters.

“As a company, we do build higher-density projects such as townhouses in urban core areas,” he said. “But we viewed this site as being on the edge of a suburban and rural area. We would prefer to stick with the product that we have designed.”

Stone responded that 14 units was an improvement but “did not answer the core problem” of Hailey’s housing shortage.

To fulfill the city’s park-space requirement, the applicant team proposed either a 5,400-square-foot “mini park” with picnic tables and a dog-walking area or building a tree-lined sidewalk along Winterhaven Drive. Alternatively, the adjacent Toe of the Hill trail could be extended up the hillside, they said.

Commissioners found the trail extension “steep and impractical” and favored the sidewalk option, pointing out that the “mini park” option would leave room for only six homes.

In a public comment session, Hailey resident Sharon Barnes noted that flooding in March 2019 produced “3-foot deep” water on the property. Stahlnecker said a drainage ditch constructed in the right of way would help mitigate heavy rain and snow.

“There’s been some concern about the quantity of stormwater that falls on this property and uphill of it,” she said. “We will look into that and make sure we provide calculations soon.”

« Tap Into Emotional Intelligence To Motivate Employees During The Pandemic

Copyright © 2023 Quartz Properties, LLC. The features and amenities described and depicted herein are based upon current development plans, which are subject to change without notice. Actual development may not be as currently proposed. No guarantee is made that the features, amenities and facilities depicted by artists’ renderings or otherwise described will be built or, if built, will be of the same type, size or nature as depicted or described. Any renderings are artists’ renderings only and not representative of the actual homes. Any prices are estimates only. Sponsor: Quartz Properties.